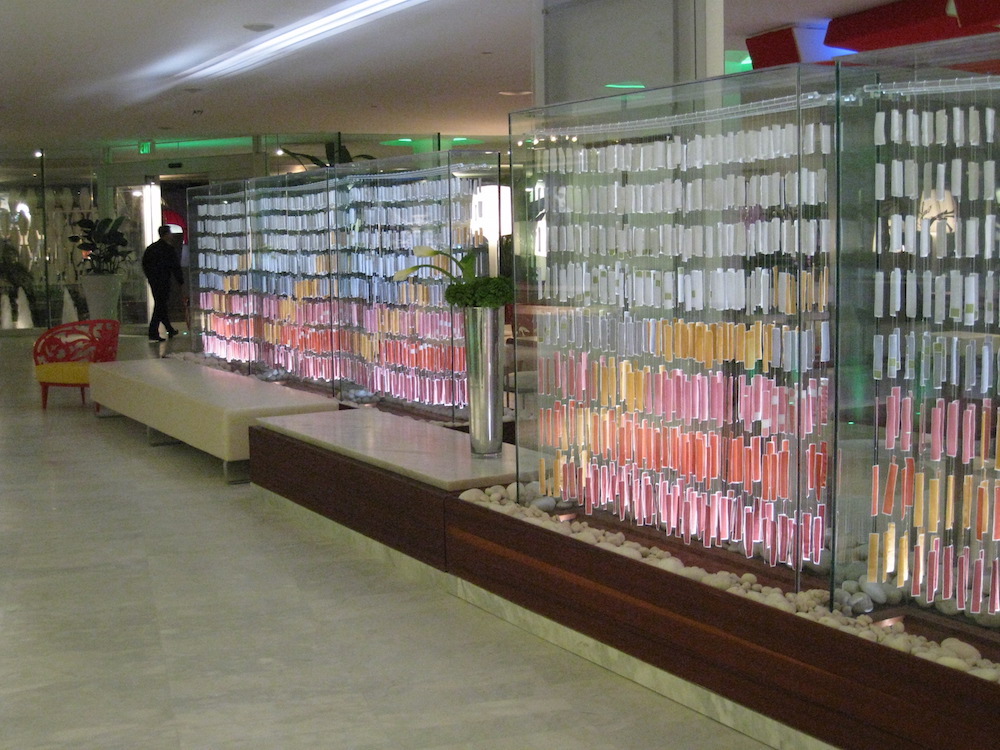 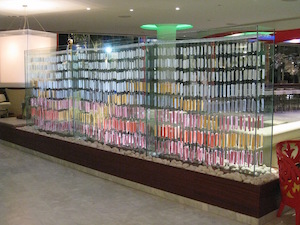 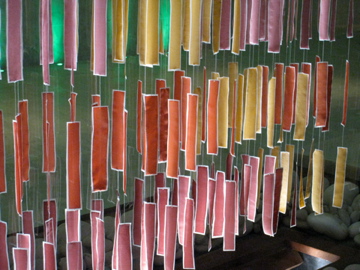 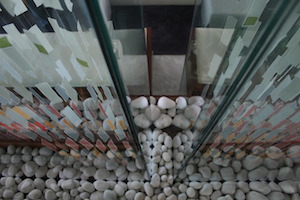 
The designer/decorator, Jorge Rosello, and I had collaborated on several hotel projects, among them, the El San Juan Hotel, the Condado Plaza Hotel and the Pierre in San Juan, Puerto Rico and the Swisshotel in Chicago.

He saw a small silk hanging piece of mine, the ones I call 'Silent Chimes' in an exhibit I had in PR, and began thinking about how this kind of work could be used in a public space. After a long time, he came up with the idea of protecting the piece by incasing it in glass. He called me in New York, where I was living at the time and thus began the saga of the lobby artwork.

My installation for the lobby of La Concha Hotel, in San Juan, consisted of eight large glass cases, measuring 6' x 6'  and about a foot deep. In each case were three sets of hanging silk pieces in different colors, to form a pattern.

As an example of the work involved, more than 7000 pieces of silk were hand-dyed, cut, sewn and hung from acrylic bars.
I had a great deal of help on this project, both from friends (from as far away as California) and from paid assistants. I appreciate everyone who collaborated with in making this installation a reality.

The name of the art installation is 'Amanece', a word which means 'dawn comes' in Spanish. It is the name of a much loved song in the musical history of Puerto Rico. It speaks of the hills and vales of the countryside at dawn as farmers take their crops to town to sell. Their voices, which echo through the mountains, sing a chorus that is uniquely Puerto Rican...
ay-le-lo-lie, le-lo, le-lo-lie.

The work took more than two years to complete, and six days to install, again, with help from my friends, my sister and my grand-daughter, who took many fine photographes of the process. 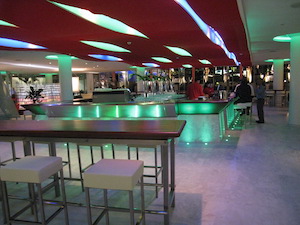 View of the bar with piece seen on far left 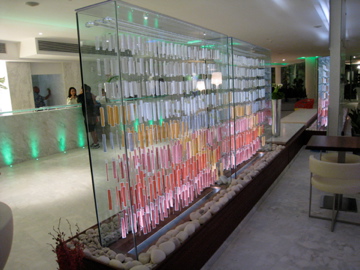 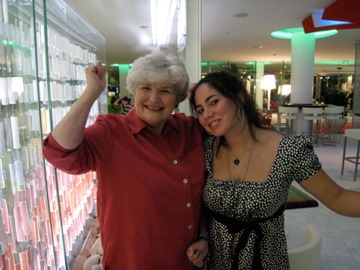 Hurray, it's done...my grand-daughter, Sara Martinez, and the artist known as Sandra Golbert